Marnix van der Schalk picked us up at our hotel the next morning.  Scott and Marnix have communicated over the internet for almost 15 years, but have never met! A handsome man just about as tall as Scott, he lives in Rotterdam with his beautiful wife Renee. Rotterdam is a fascinating city and one of the busiest ports in the world. Yet the city maintains its Old World charm.  Lots of green space and tall trees, the part of Rotterdam where Marnix lives is 6.5 meters (about 20 feet!) BELOW sea level! Their home was beautiful and full of framed maps of Rotterdam from centuries past. 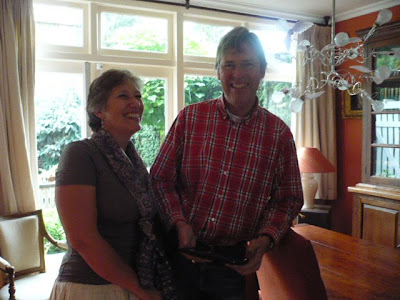 We all had lunch in their small but tastefully landscaped garden and then Scott and Marnix headed out on bikes and Renee took me on a grand tour of Rotterdam.﻿ What a city!  It is busy and bustling, but still feels laid back.  Part of the city was heavily damaged in World War II and so there is a "modern" part of the city with few buildings left from before the 40's and then an "old" part of the city, which has magnificent buildings dating back to the 1700's. Those old buildings combined with canals that wind through town and the cobblestone streets transport you to a different time. It was Monument Day, which I think is a holiday celebrating Rotterdam's history, so Museums were free.  Other historic buildings were also open and we visited a windmill that is an actual grain mill! I would loved to have brought home a 50# bag of fresh milled flour, but settled for a bag of pumpkin seeds! 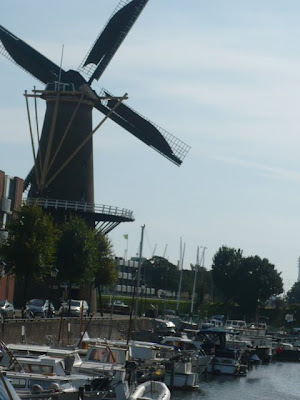 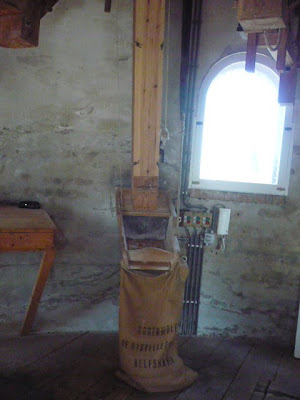 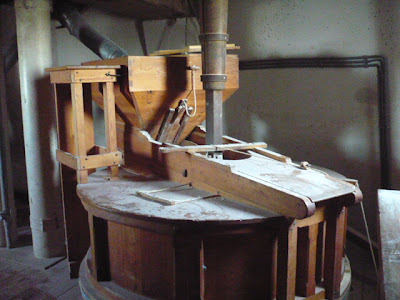 Renee is a historian of sorts, at least when it comes to Rotterdam, so the tour around the city was incredibly informative.  I walked around enthralled. We toured an exhibit in the Museum of Rotterdam that really had an impact on me...it displayed pictures of different places around Rotterdam before the bombing and subsequent fires which destroyed so much of the port area side by side with pictures after the devastation. It was heartbreaking. Outside the museum was a polished stone of marble? granite? I don't know, but it was engraved with a quote from one of the most famous Dutch writers and philosophers, Desiderius Erasmus which said, "War is sweet to those who have not experienced it." 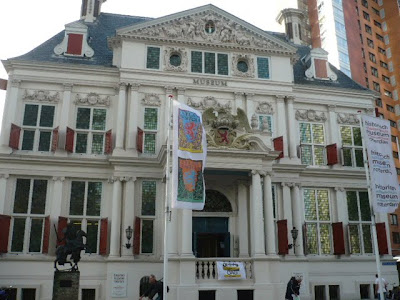 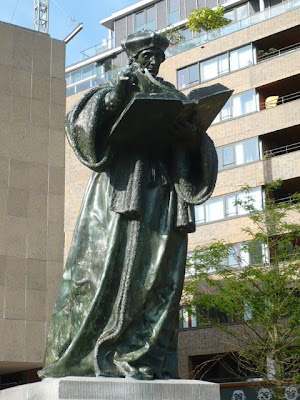 Statue of Erasmus
Renee and I drove down by the river and looked at various buildings.  We saw this bus which goes from the street to the river: 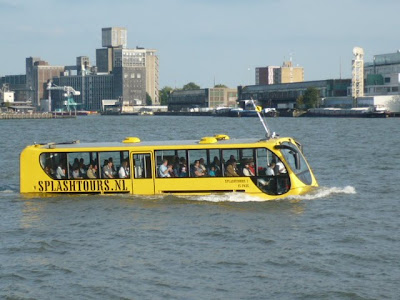 Well, time for bed.  I will write more on Holland and then our wonderful visit with Tom and Cynthia in Germany.  We saw some wonderful castles and took lots of pics!
Posted by diane at 4:20 PM