I love almonds. And I love anything made with them. Almond cake, almond cookies, almond paste. I make quite a few recipes that use almond paste and there have been times when our local grocery was out, as was my pantry. And really, a 7 ounce tube runs close to $6 and something in me (the cheapskate) cringed everytime I bought one. I've been making a new recipe that I so love. I think it is one of the best desserts I've ever eaten. It is called a Pithivier (pronounced P-T-V-A) and it is an almond dessert extraordinnaire! I saw it in Paris called a Galette des Rois,(click on this link for the most beautiful Pithivier I've ever seen. It was made by Tamami, a friend and fellow baker in London) but I believe at different times of the year, it is called different names (gotta' love the Parisians). The dessert consists of a puff pastry top and bottom filled with the most exquisite almond filling. An entire tube of almond paste goes into the filling. I've made a few of them and they are not inexpensive to make-especially because of the $6 tube of almond paste in the filling (we won't talk about the massive amounts of butter). So I went on a search for a better source for almond paste than my local grocery. I got the price down to about $4.85 for 7 ounces. But that still seemed crazy, I mean it is almonds and sugar, more or less. Well MORE I found out, but totally manageable to make at home with pretty simple ingredients. I made almost 4 pounds of almond paste from scratch this morning in less than 30 minutes. And it's good-I mean it's "cut off slices and snack on them all day" kinda' good. The ingredients: 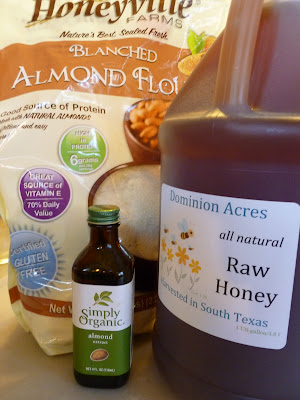 Blanched almond flour, sugar, honey and almond extract. I forgot to put the sugar in the photograph. I found the almond flour online through a company called Honeyville. If you sign up for emails from then, you receive discount emails. Mostly 10% off. I bought 5 pounds of blanched almond flour for just over $30 including shipping. This is enough to make over 20 tubes (7 ounces each) of almond paste. Here's my recipe:

Place the sugar, honey and water in a saucepan, mix well with a whisk and bring to a hard boil. Place the almond flour in the food processor. Remove the boiling sugar water mixture from the heat and, with the food processor running, slowly pour over the almond flour. Blend until smooth. Add the almond extract and blend again for another minute. You may have to scrape down the sides and push the paste around as it is quite stiff. Dump out onto your counter and grease your hands with the butter. Remember the almond paste will be fairly hot! Knead the almond paste until smooth and cooler-about 5 minutes.
Divide into ounces needed and wrap and store in the freezer. Makes 4-7 ounce "tubes" plus about 3-4 ounces more. 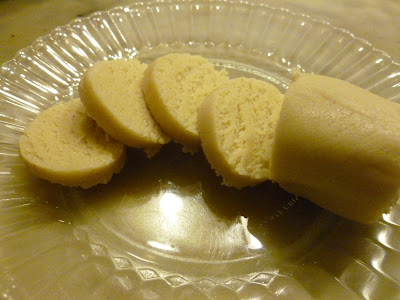 I know these measurements seem odd, but in my kitchen I weigh out ingredients, and usually in grams. My kitchen scale gets used most every day.
I noticed on the label of commercial almond paste there is no almond extract listed. Upon further research I discovered that a particular type of almond is used for almond paste-similar to bitter almonds. Very strong almond taste. I just added almond extract (also made from a variety of bitter almonds) to make up for using regular old almonds. So now my freezer is full of individual packages of homemade almond paste. I see Pithiviers in my future...


I read on Wunderground (weather underground...you mean you don't have a few different weather sites you check each day...really?) that rainfall amounts in Central Texas from December 2011 through February 2012 were in the top 10 since the late 1800's. I measured 12 full inches (my neighbor disputes this, but I think I get a bit extra each time it rains just 'cuz I'm a weather geek). My garden could feed a small country. Look at these pics compared to last month... 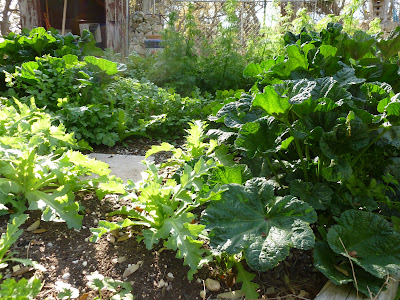 Native hollyhocks on the right, poppies and cilantro on the left. 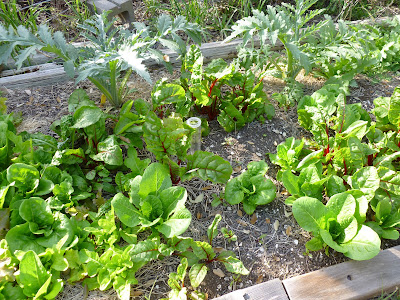 Artichokes in the background, lettuces and chard in front. 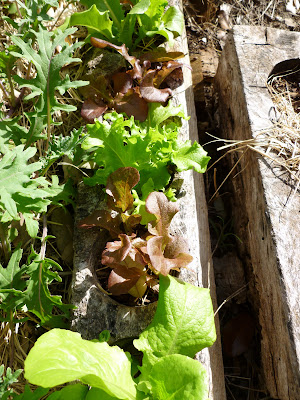 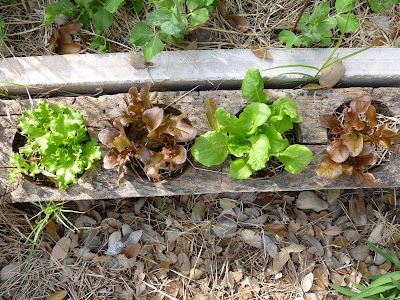 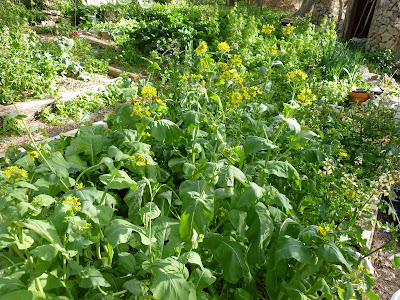 Mustard in bloom. The bees have been loving these tiny yellow flowers.
Lily and I have been taking forays into the woods looking for morels. Even though we didn't have much cold this winter it was quite wet, so I'm hoping we'll have a small crop.
Nothing yet, but it is a few weeks early. It's just been so nice and warm, I thought they might pop out of the ground in response. We'll start hunting in earnest in a week or so, but for now it is nice to take walks with her.
Enjoy these last few weeks of winter!