I can't say I ever ate creamed spinach as a kid. Or really as an adult. It just always seemed somehow...creepy...to me. I love spinach-in salads and sauteed with garlic-but creamed? Blech! When I began my cooking job at the ranch, the freezer was stocked with quite a few boxes of Green Giant Creamed Spinach. I used them and bought more and now it is common to have it on the table there-especially at Thanksgiving. I tried it once and it wasn't terrible (not quite an endorsement, huh?), but I still preferred spinach sauteed with garlic. Until now. My garden is full of spinach and I've been looking for different ways to use it. Last week a recipe showed up by email and after some fiddling around it has become my very favorite use of spinach. So much so that we've eaten it twice in 2 days and the recipe that supposedly serves 4, leaves Scott and I wanting more. Here's how I make it:
Pick 12 cups of spinach (about 12 ounces)-or buy a 12 ounce bag of spinach-and remove the stems. I used all spinach the first time I made it, but today I used a mixture of spinach and chard. 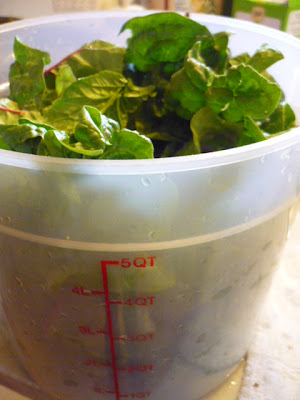 Melt 1 Tablespoon of butter in a large skillet over medium heat and add the greens. You can dump them in all at once if your skillet will hold them or wilt them in 2 batches. 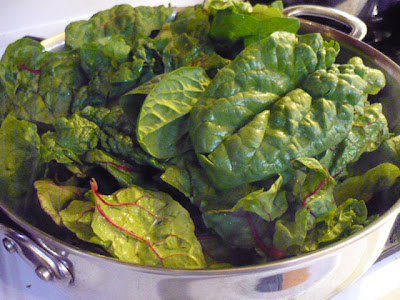 Cook just until wilted and then transfer to a colander placed in the sink to drain. 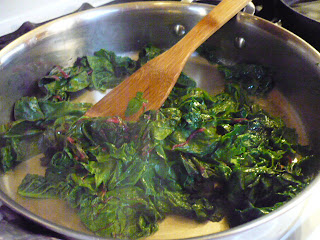 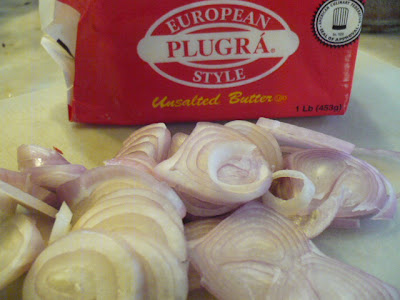 Melt 1 Tablespoon of butter in the skillet and saute the shallots over medium heat until they are soft. 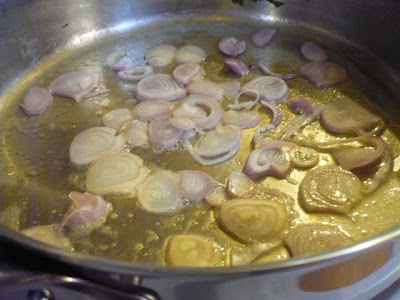 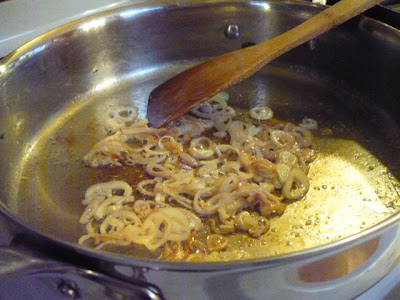 Add a 1/4 teaspoon of salt and then pour in 1/3 cup of white wine. I use a St. Gen Sauvignon Blanc-Texas made, inexpensive and a perfectly good cooking wine. 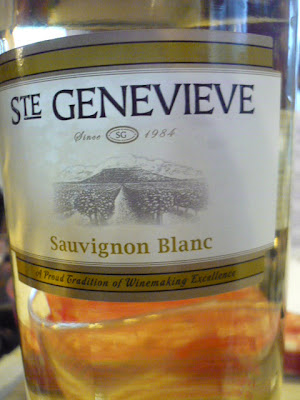 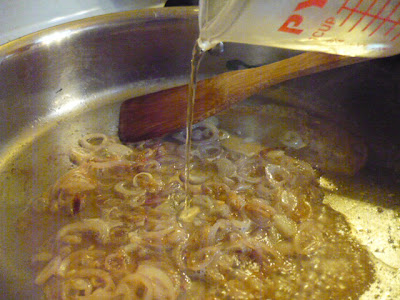 Increase the heat to medium high and cook until the wine is all but evaporated. This only takes a minute or two. There will be a thin sheen of liquid in the pan, but not enough to puddle.
Lower heat to medium again and add 1/3 cup of heavy cream. Stir until the cream thickens a bit, another minute or so. 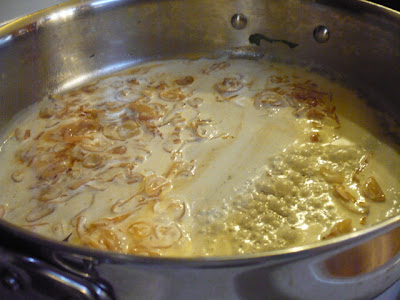 Add 1/2 teaspoon of salt, 2 or 3 grinds of pepper and some freshly grated nutmeg.
Throw the drained spinach back into the skillet and toss it around to mix thoroughly with the cream mixture. 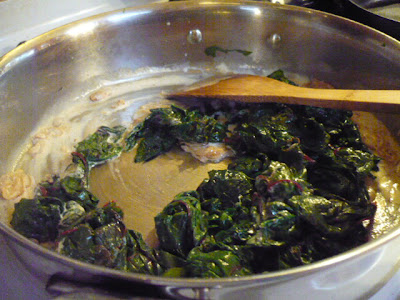 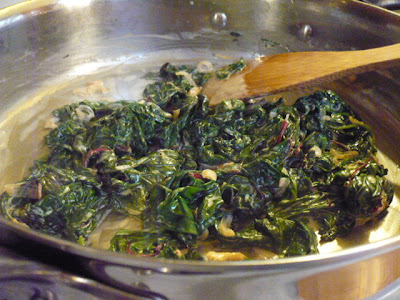 Sprinkle with 2 Tablespoons grated Parmesan or Emmenthaler cheese and serve! 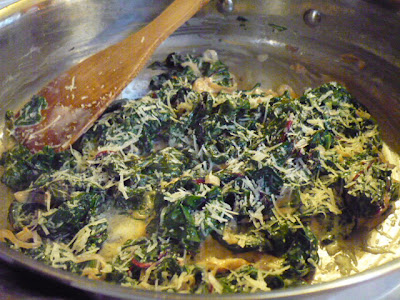 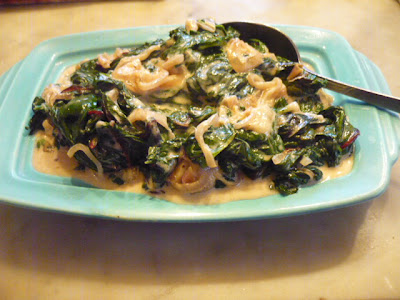 Here's the recipe (adapted from a recipe from Fine Cooking):
Creamed Spinach with Shallots

Melt 1 Tbs. of the butter in a large skillet over medium heat. Add the spinach and cook just until wilted, about 2 minutes (you can do this in 2 batches if your skillet won't hold it all). Transfer to a colander in the sink.
Melt the remaining tablespoon butter over medium heat and then add the shallots. Cook until softened but not browned, about 5 minutes. Add the wine, raise the heat to medium high, and cook until almost evaporated, about 2 minutes. Lower heat back to medium and add the cream. Simmer until it’s thickened, about 1-2 minutes. Season with 1/2 tsp. salt, 3 grinds of pepper, and the nutmeg. Stir in the spinach and toss it around to mix thoroughly with the cream mixture. Top with the cheese and serve!
Makes 2 generous servings