Beyond Germany Into Italy 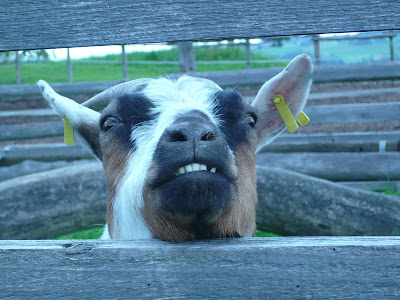 My last morning in Germany I received this good-bye from a goat I passed every morning on my walks. He and his companion would come out of their tiny hut to say Guten Morgan in goat talk. Come to think of it, it sounded much like goat talk in the states... 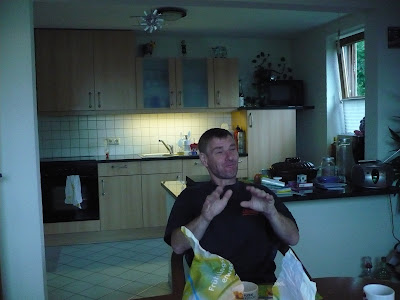 Our friend Voelker who was kind enough to let me tag along on his way into Italy. At first I was a bit disappointed that I wasn't going to take the train and was still unsure I'd made the right decision as we pulled out of Tom & Cynthia's driveway. But just a few miles into the drive of 8 hours I knew this would be a wonderful trip. Voelker is a sweet, smart man and we talked of many things on our day together. He was a careful driver and made the trip over the Alps incredibly pleasant and informative. We spent the better part of our first 4 days in Italy in Voelker's company and it was good company indeed. 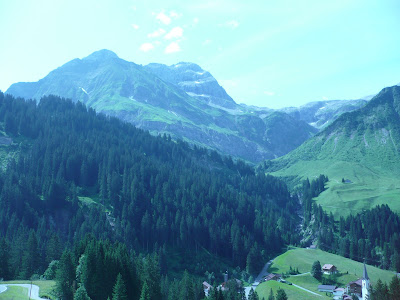 The Alps. There were times during our drive where I was brought to tears by the scenery. Alpine meadows full of color, mountain streams with 200 foot waterfalls, snow capped mountains, tiny villages with churches and tiled roofed houses. The air was cool and so very clean, maybe the best air I have ever inhaled. 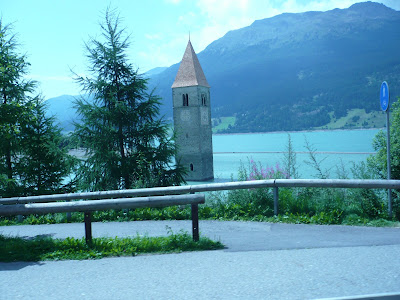 This is the top of a submerged church steeple in a town in the southern Alps/northern Dolomites where the Italian government decided they wanted to build a power plant. They relocated the inhabitants of the village and then built a dam and flooded the town. It is a huge lake and Voelker said the entire town lies submerged in the bottom of it. Kinda' eerie in a way. 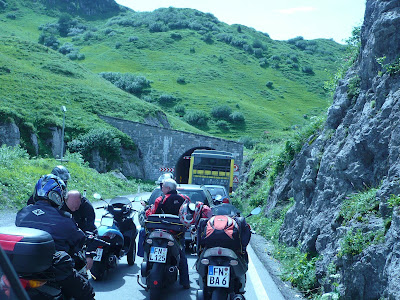 A mountain pass where we were held up. We went through so many of these tunnels, some of them a mile or so long directly through the mountains of the Alps. 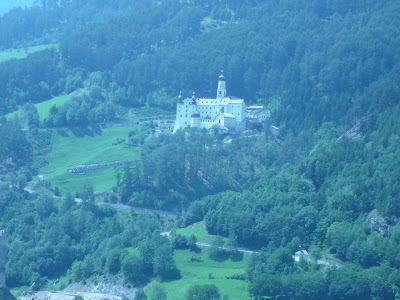 A castle in the Southern Alps. There were many of these and they all seemed to be perched up the side of the mountain. How did they get the materials up these steep mountain sides? 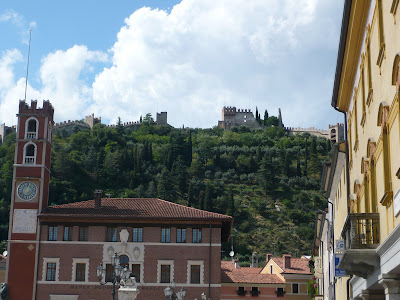 Ahhhh, the town of Marostica. We ate gelato and drank espresso here quite a few times. A walled city with 2 castles-one up the mountain (which you can see in this pic) and one down. In the town square, where I was standing when I took this picture, there is a giant chess board painted. Every other year in the Autumn, they stage a chess game with people dressed in period costume and horses (also decked out) as the chess pieces. It is incredible to see-of course I have only seen pictures. 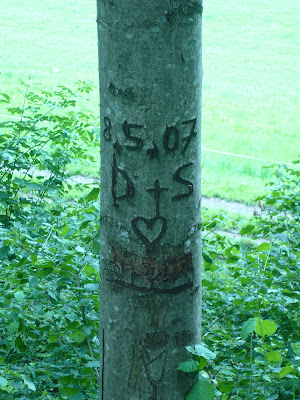 This picture is a bit out of sequence. This is a tree we saw in Germany. Scott and I were taking pictures of the lake below and I spied this tree with our initials carved into it. How sweet! 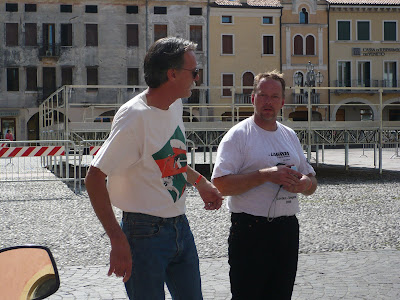 Scott and Tom in the square of Marostica on one of our gelato/espresso stops. Marostica was on the way from the town where the Laverda rally was held and Bassano del Grappa, where Tom was staying and where we rode the motorcycle quite a bit up in the hills. 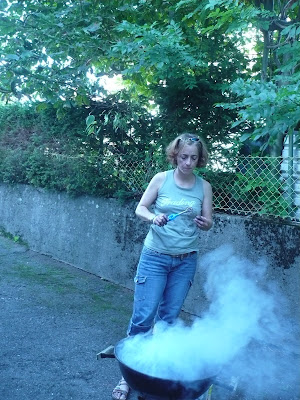 Once again, a pic way out of sequence...our last night in Germany, Cynthia and Tom had a great bar-b-q. Cynthia manned the grill. It was so much fun as all the folks that were traveling to the rally with us met at Tom's and we all got to eat dinner and visit until the wee hours. 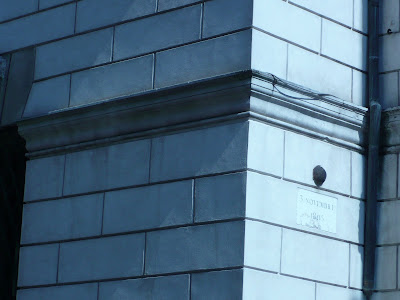 Believe it or not, this is Napoleon's cannonball embedded in the side of a building in Vicenza. I mean it is not his PERSONAL cannonball, but it was from a battle fought in Vicenza by his invading armies. Last year while in Vicenza, we were shown this by Piero Laverda and I was impressed (I am a cheap date). So today we walked there again and took pictures (ahh, American tourists). So, I guess that is it for now. We are at an internet cafe called GameOver. Quite a young crowd in here-most of them gaming. Scott and I are trying to catch up on our mail and such. The computer at our temporary place of residence is not working correctly, so we had to find an alternative. Cheap enough really and it is air conditioned!
Posted by diane at 10:44 AM

Diane!! Your pictures of Europe are amazing!! Especially the country side photos...and the farmer in the speedo. Just checking out your website and blog! Looks great! Hope you and Scott are doing well.