I am on my second Camino having abandoned the Lisbon route after developing shin splints after two and a half days (and 30 miles). The Lisbon route was brutal with little support and a poorly marked route. After three hours of city walking, the arrows led me to a raised path beside the Rio Trancao, where I slogged through mud for over two hours and continually wondered if I'd missed a turn. I fell twice, the second time losing my glasses down the steep wet bank. I was grateful I had another pair tucked in my backpack. When I saw a village in the distance, I almost cried. However, upon entering the village I discovered there were no accommodations and had to walk on. I walked sixteen miles that day before I found a hotel-a four star one at that-and wasn't sure they'd give me a room with my wild eyed look and mud caked almost to my knees. But they gave me a good deal and threw in breakfast, too. And stamped my Pilgrim Passport! A very auspicious beginning to my Camino and my birthday to boot! The second day out of Lisbon was a significantly better trail, a boardwalk through a marsh and then a waterfront running trail and I logged ten miles that day before checking into a hostel. But the damage had been done the day before and I felt pain I'd never felt, specifically in my right hip and left shin. When I left the hostel the next morning, the kind morning manager Paolo, suggested I stay one more night. But being my stubborn self, I pressed on. After three miles I knew something wasn't right and I decided to take a train to Porto at the next train station I found. I had met no other walkers in my two and a half days aside from a German man at the cathedral in Lisbon who I walked beside for a few hours through Lisbon's city streets. Now, on a sandy path following the train tracks, I had to rest my leg and leaned up against a fence. Within minutes I heard voices and a couple about my age with backpacks and walking poles came down the road. They stopped to talk and, when I told them about my leg, diagnosed shin splints. "Maybe the most common Camino injury!" The man, Robert, told me to get off my feet as soon as possible and let it heal. When I mentioned my idea to take a train to Porto, rest up and start again, they concurred. When I lamented my poor start, Robert told me this was his seventh Camino and he'd never seen such poor conditions as the route outside Lisbon. He himself had fallen three times!
The train to Porto was a sad ride. I felt defeated and wimpy. Was my Camino over already? I found an inexpensive hotel in the center of Porto and booked three days. I went to a farmacia (pharmacy) and spoke with the pharmacist. His English was pretty good and he looked at my shin and pressed from just under my knee to my ankle. He said that I needed to elevate my leg frequently, apply ice and no long distance walks for three to five days. I hobbled back to my hotel with a tube of Reumon Gel in my pocket. I spent five days in Porto and every day my leg and my attitude improved. The Reumon Gel was a big help with my hip as well as my shin. I ventured out on increasingly longer walks every day. Finally making my way to the cathedral of Porto to get a new Pilgrim Passport. And on Monday, April 11th, I took off from Porto determined to walk short stages every day. The difference between the start in Lisbon and the start in Porto was stark. Porto is the much more common starting point and the support is phenomenal. The route is way marked so frequently, I can't imagine how one would get lost. 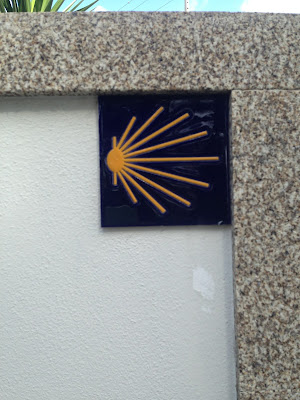 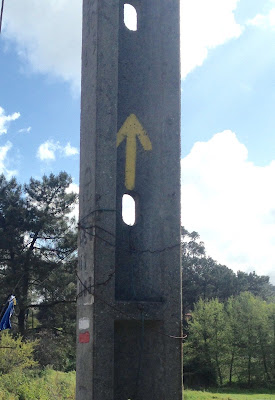 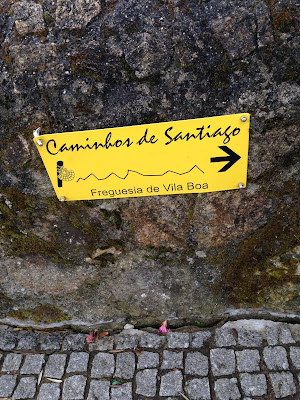 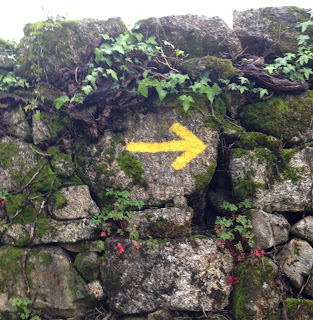 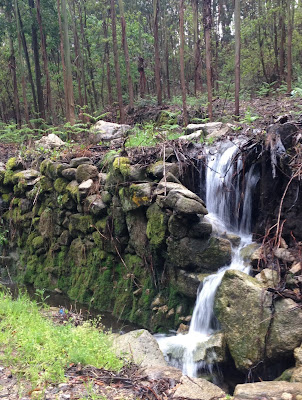 Waterfall beside the road 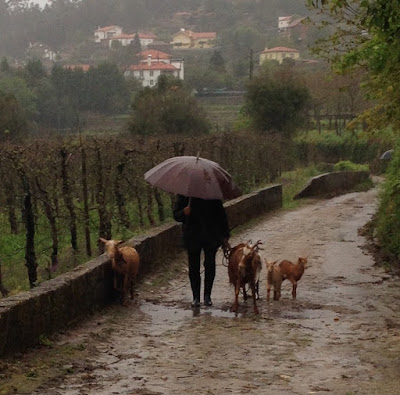 A woman walking her goats 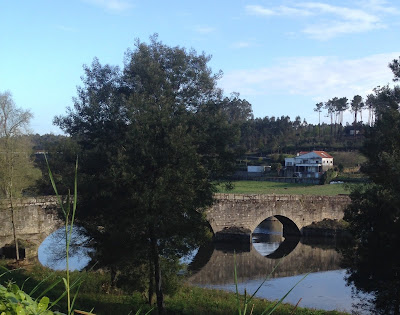 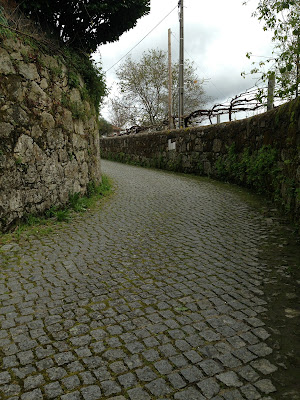 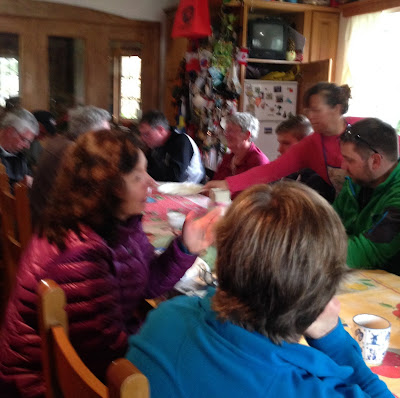 The lively group at Fernanda's. 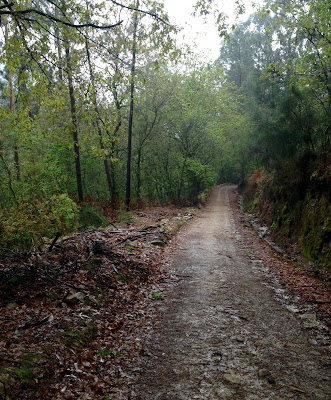 The peace of wild things.
Posted by diane at 8:48 AM

It sounds like being forced to go more slowly was actually a blessing... Lovely shots btw.

Glad to hear you are doing better. I pray the shin splints are in your past and that the remainder of your journey is pain free.
Safe travels - I LOVE YOU!
Dawn

This is such a really cool thing to do! I have never heard of it, but my husband and I now want to do it!!! Thanks for this detailed account!

Finally! I've been checking every day to see if you've written anything... grateful your injury is mended. You always write thru eyes that see what others may not. Glad to hear you untensed, know you are never alone, guardian angels we know well are always with you.. I love you, my amazing sister!! Walk on in joy!

Loving your reports! It's like being on the journey with you🙂What a wonderful adventure! We love and miss you! Big hugs from your Boerne fan club. Esther, rick and Lola

Great blog created by you. I read your blog, its best and useful information. You have done a good work. Thanks.villas in thrissur for sale