I've been wanting to write a post on making New Years resolutions for months. Or rather on NOT making them and how well that has served me. In the autumn of 2013 I was in the midst of a divorce and feeling pretty lost. I noticed that the word CLEANSE kept popping up. I'd open a book and the word would jump off the page. I'd be in line at the grocery story and overhear a conversation that included the word. It would come to me in my morning meditation. I decided that for 2014, CLEANSE would be my word, my focus. As there was much to clean up after over 10 years of marriage (both literally and figuratively), it seemed a good choice. I also decided that I'd quit making New Years resolutions and just have a word ready to put into action every New Year. Well,  2014 was indeed a year of cleansing and I made great progress in taking back the house and property and ridding myself of excess things, a process that continues to this day. In late summer of 2014, the word SERVICE began to surface in much the same way CLEANSE did the year before. So I made the decision that SERVICE would be my focus for 2015 and in so many ways it informed that year. I began volunteering in the kitchen of Haven for Hope, a massive homeless shelter in San Antonio. My youngest daughter Lily had open heart surgery in Dallas and I stayed in North Texas for over a month helping with her recovery. In September my mom had a knee replacement and I took a 2 week shift in her care along with my sisters. Mid summer of 2015 the word MERCY came to me. It didn't pop up repeatedly, it just showed up once with such presence that I knew it was the word for 2016. I had just decided that in 2016 I would take my epic trip overseas and I knew for certain MERCY was what I should focus on. About a month later Pope Francis declared December 8 to November 20 the Year of Mercy. 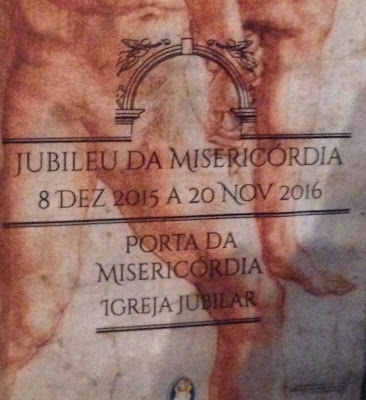 During my travels I was the recipient of MERCY over and over. I experienced kindness and compassion like I've never known. I also had the opportunity to offer MERCY to others. It helped create an atmosphere of favor that continued well after I returned home.
While traveling, my constant companion was a book by Elizabeth Gilbert entitled Big Magic. 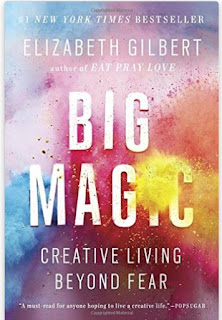 I would sometimes devour chapter after chapter on a long train ride or ruminate over one sentence for weeks. I came across a word in the book that intrigued me. EUDAIMONIA. It was mentioned only once, but I couldn't get past it. I began studying EUDAEMONISM and as a result I've become an avowed EUDAEMONIST and it became my word for 2017.
From the Merriam Webster dictionary:
EUDAEMONISM- a theory that the highest ethical goal is happiness and personal well-being.
Another definition: A system of ethics that bases moral value on the likelihood that good actions will produce happiness.
Imagine that! Good actions producing happiness! What a novel idea! Well, not really...the Greek philosopher Plato is attributed with this word, although he might have just expanded on an idea of Socrates. Meaning it's a concept that has been around a long, long time. Nevertheless, I know that this is the way I want to live my life. This is what feels good and right.
Posted by diane at 4:17 PM

Love this idea of a word rather than resolutions. Eudaemonism may be a great word for a lifetime.

I just read this post and I think it must be serendipity again. First, I love that a word chooses you or you choose a word and that is your focus for the year. Second, I downloaded that book 6 months ago but have not read it. I'm in Thailand now focusing on my health and feeling somewhat guilty about that. Perhaps it's time to read it! Thanks!