It's a windy, grey afternoon here in Molyvos on the island of Lesvos, Greece. I walked into town this morning to sit in the sun by the sea and then buy some groceries as I was down to a handful of dried figs and some walnuts. The oranges I bought had leaves still attached (the citrus trees all over the island are heavy with fruit) and the bottle of organic olive oil from Mytilene was crazy cheap at less than $3. My small apartment sits in the midst of an olive grove with a view of both the Aegean Sea and the Mithymna Castle. At night, the Byzantine era castle sitting atop an adjacent hill is lit like an eerie nightlight. The winds have been fierce and relentless - I actually wore earplugs to bed last night to block out the howling - and when I returned from town this afternoon my hair resembled Phyllis Diller's. Go on...google her...

I thought I would post some pics from Turkey before inundating this site with pics of Greece. 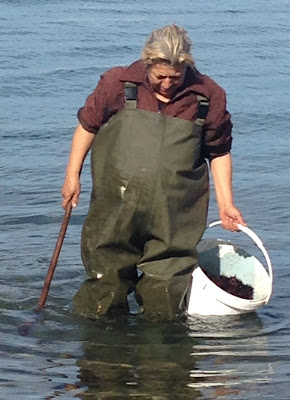 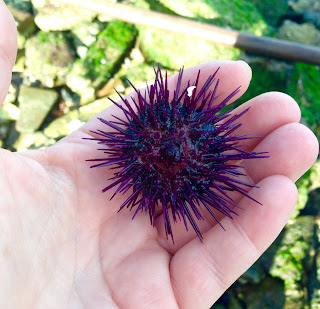 This woman was harvesting sea urchins by my hotel in Ayvalik. She had this nifty little scoop and in about 30 minutes had about 3/4's of a bucketful. They are small, but plentiful. I saw them on the coast here in Greece, too. I'd love to harvest some...yum - uni on toast!
It was Market Day my last day in Ayvalik and town was buzzing. Many Greeks take the ferry over to Turkey in the morning, shop all day and return to Greece in the late afternoon. When I arrived at the market I was a bit disappointed as I found a few vendors selling antiques from little carts, but mostly it was booth after booth of clothes. Whole blocks with nothing but Adidas jackets, Nike sneakers and tables overflowing with bras and panties with a table of housewares here and there to break up the monotony. I was about to give up when I turned a corner and my heart did a happy dance! Everywhere were artistic displays of fruits and vegetables, olives and cheeses, nuts and dried fruits, breads and beans. It was magnificent and chaotic and noisy and I couldn't help walking around with a big smile on my face. I bought a half pound of dried figs and stood watching a man standing behind a huge wheel of white cheese. He peeled a paper thin layer off the top...PHYLLO! I was pretty certain this was the type of phyllo used to make the savory cheese pastry I had tucked in my bag for lunch. 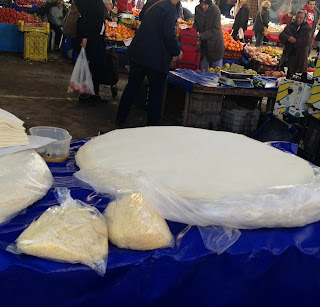 A cart of antiques 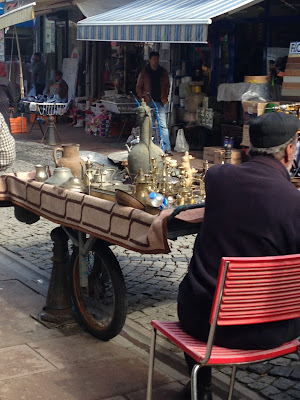 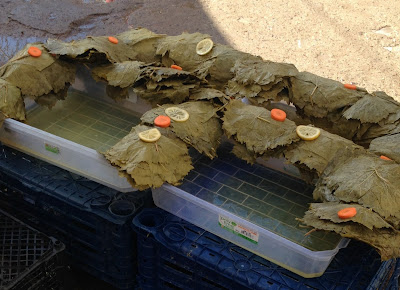 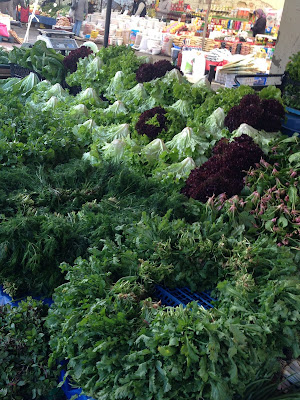 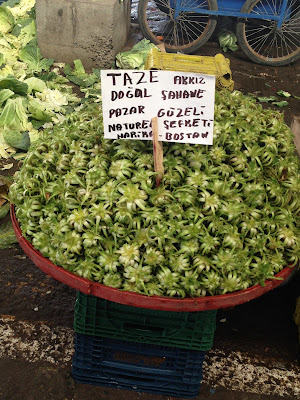 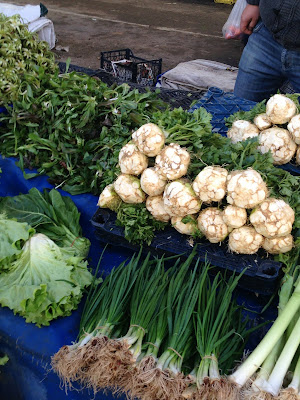 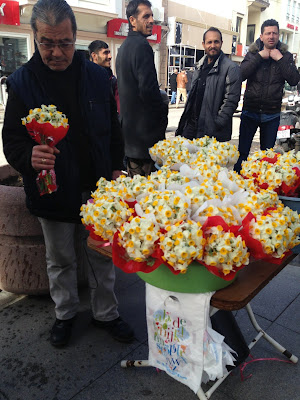 That's all for now.
Next post will be about wild and windy Greece!
Posted by diane at 10:22 AM

Shared your blog with Mom... She did well only tearing up twice. She thoroughly enjoyed it.
Have fun..be safe and know we love you VERY much...
Mom and Dawn

I would LOVE to do this! I'm getting so much enjoyment from your epistles.